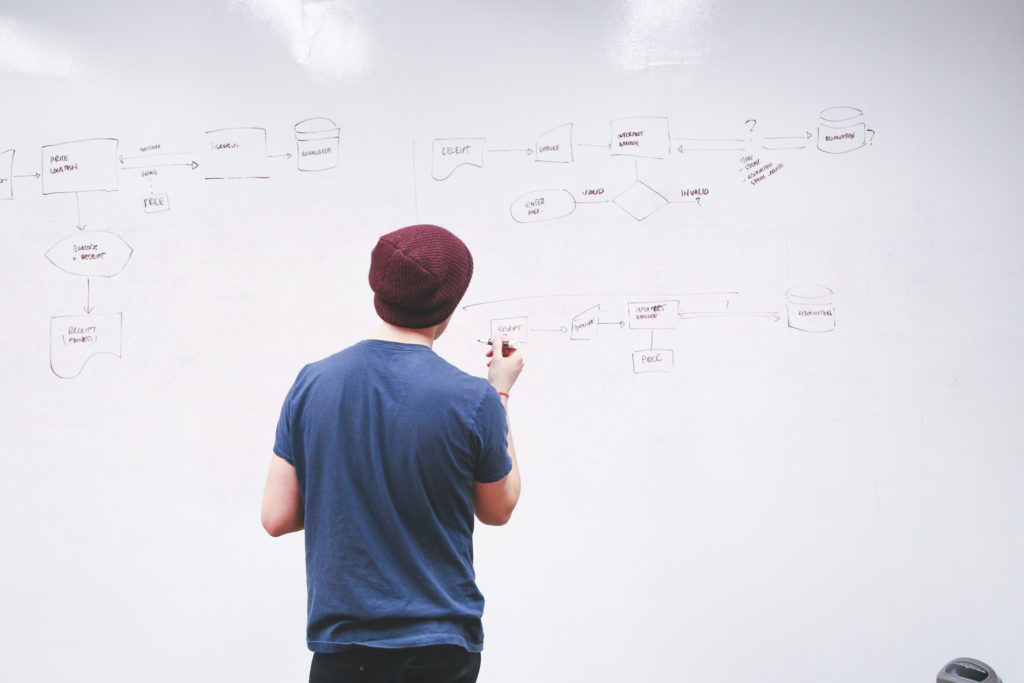 Many people fail in life, not for lack of ability or brains or even courage but simply because they have never organized their energies around a goal. — Elbert Hubbard

Elbert Hubbard was a man who knew how to set a goal and achieve it. He was one of the most successful traveling salesmen of his time and, due to that success, was able to become a renowned and prolific writer, publisher, philosopher, and artist. His ability to organize his energy around a goal enabled him to reach significant heights. But as he showed, it’s not just about having initiative or having a passion for a achieving a goal or even working hard. It’s about working smart — S.M.A.R.T. to be precise.

The mnemonic acronym S.M.A.R.T. began to appear in the early 1980s and is often tied to the Management by Objectives concept that was developed by Peter Drucker. At its core, S.M.A.R.T. is a process for creating goals and monitoring their achievement progress. It is lauded by many as the most effective way of forming goals so that they are simple to understand and easy to see when they have been successfully completed.

When it comes to setting goals for more technical or transformative projects, having a clear cut game plan is necessary. For example, if a company decides to implement a customer relationship management system, it is essential that the integration of the system goes smoothly and as planned. Disruption in customer interaction and experience can cause serious customer loss and can be incredibly detrimental to the company’s reputation. Using S.M.A.R.T. to create the process for achieving that goal will enable the company to flesh out what is required for completion and when completion can be expected.

When an individual or organization is developing a goal, and using the S.M.A.R.T. method, they simply form the goal around the five tenets of the system. Each letter in the acronym stands for one of the tenets.

S Is For Specific

The goal that is being set should be specific, clear, and simple. This means it should likely include relevant dates, times, numbers, names, locations and whatever other fixed information is pertinent–in other words, the why, what and how of your goal. It should not be vague or open to interpretation in any way.

Your goal shouldn’t be layered behind fluffy words that are difficult to quantify. The reason for this is that you want tangible evidence that you’ve accomplished the goal. So not only should you include a completion date, but what it will look like when the goal is completed.

The goal should also mean something to everyone who is going to be involved in accomplishing it. If there’s no passion behind working towards something, the likelihood that it gets done at all, much less on time, is significantly lower. The individuals who are involved with setting the goal should make sure that those who it effects understand and agree on the benefits of it.

A Is For Agreed Upon/Attainable

Everyone needs to be on the same page. This includes the C-Suite, the stakeholders, the management and the employees–anyone who is involved in achieving the goal or who the goal effects. They all need to participate in forming it, approving it and developing the process that will be involved in completing it.

Additionally, the goal should be attainable. Setting unrealistic goals will overwhelm everyone and will cause frustration when the goal isn’t achieved. This by no means indicates that the goal should be easy, just that it should be possible within the prescribed time frame.

‘To have a customer relationship management system in place by the end of the week’ is unattainable and it is unlikely that those involved would agree to it. However, ‘To integrate CRM into the marketing department with all customer contact information in the system by April 2017,’ seems much more attainable and is more likely to be agreed upon–as well as being more specific and measurable.

The goal set forth, just as it should be attainable, should also be realistic. However, being realistic is slightly different than just being ‘doable’. The goal should take into consideration the resources that are available, whether that be knowledge, money, man-power, or time. If a company can’t pay for a goal to be achieved, then it’s not realistic.

The goal should also be focused on results, meaning that it shouldn’t measure the activities but rather the outcomes that are achieved. It’s not just about getting a CRM up and running, it’s about that CRM working effectively.

A S.M.A.R.T. goal always has a deadline. The goal can’t just be: To get better at relationships with customers.

There needs to be a point where this ‘better’ can be measured. The reason this is necessary is that there is a sense of urgency created. Both the goal and the deadline of the goal should be able to be tracked and should be very tangible. There should be no confusion about when the goal should be reached and what reaching it looks like.

To find out more about how to create better goals for connecting with customers and improving your business, contact us.

The need for CRM, BI, and digital marketing isn’t limited to Fortune 500s — in today’s market, if you own or manage a business of any size, these technologies are crucial to the long-term success and growth of your business.